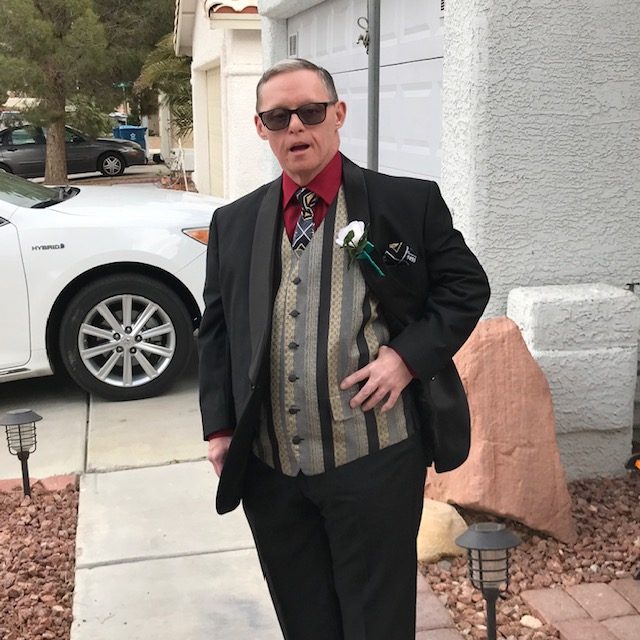 Jim Meinke is 59 years old (although he claims to have stopped counting birthdays at 50) and one of our oldest members.
Born at a time when it was common to be told that babies with Down Syndrome would not be able to function in a normal society, he has proved just how wrong people were.  Raised in the Chicago area before moving to Las Vegas, Jim attended a traditional high school and graduated with a diploma.
He worked at the same job in a manufacturing company for over 20 years and was credited with being a “ray of sunshine” in the workplace.  He participated in a number of sports including softball, bowling, and volleyball.
Since arriving in Las Vegas he has been a consistent participant at just about every activity sponsored by DSOSN. Jim was a athlete in the first Special Olympics, held in Chicago, in 1968 and continues to be active to this day. He has received gold medals having been a member of the basketball, bocce, golf and bowling program’s.
He loves the BeeGees, and takes to the microphone at every chance he gets.