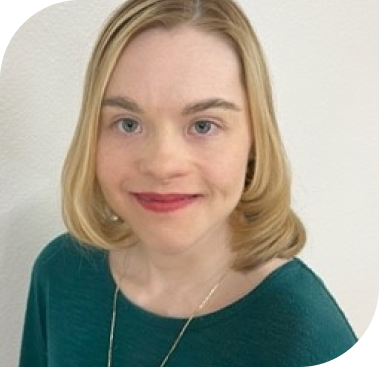 Michelle Desrochers is a 33-year-old adult with Down syndrome. Her achievements to date are remarkable even for someone without a disability.

Michelle graduated from Coronado High School with a 4.0 GPA and a scholarship. She attended Nevada State College for the next two years in the American Sign Language (ASL) program and graduated with a 4.0 GPA again.

Michelle was non-verbal until the age of four, so she and her mother learned (ASL).  Michelle utilized her ASL knowledge and became a performance Interpreter, which means she signs to music. She has opened International Corporate Conventions in the United States and Australia, The Miss USA Beauty Pageant, Banquets, Gala’s, and WMBA games. Along with the corporate side she has signed with headliners on the Strip such as Garth Brooks, The Jersey Boys, Matt Goss, Human Nature, The Australian Bee Gees and most recently was hired by the Smith Center.

Michelle spent eight years as a Barista at the Coffee Bean and Tea Leaf and has been employed by Findlay Toyota for the past five years in the Business Development Center.

Michelle is an outgoing person who spreads sunshine everywhere she goes. Her dream is to teach ASL at the Collaboration Center and one day find the man of her dreams and get married.